Eaten by Worm and Rats, then Blown Away by the Farting Misericord.

Friday 2 June promised copious quantities of rain. Great for dogs, they never take a day off rain or shine 24/7. It was time for an object fix.

I love objects. Object are a repository of the past. Objects tell stories. Object have both public and private meanings. Object transcend time and change in value. We add meaning to objects and search for solace, safety and security within them.

We have a basic instinct to search, investigate and make sense of the word around us, we revisit and revise past narratives to make sense of our world today, and leave a trial of breadcrumbs to our past lives. We can also do this with objects. Each of us in our own individual way has an opportunity to leave lasting mark on the world, it can be done with an object. However, be warned, objects caused the death of the author.

Tewksbury Abby is a remarkable building. It is the home of some large as life objects, and an amazing good café. Both the Abby and the Café welcome dogs. It is refreshing when you’re not ambushed by the collection tin shakers as you enter. The Abby has an abundance of medieval church monuments and a very pleasing lack of wordy interpretation panels that leave you free just to enjoy the most amazing space. We need more spaces like this. 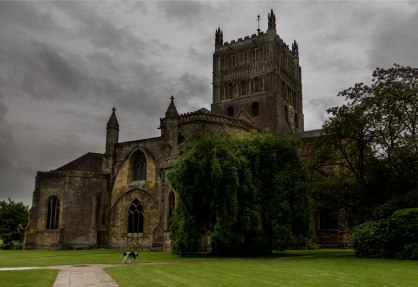 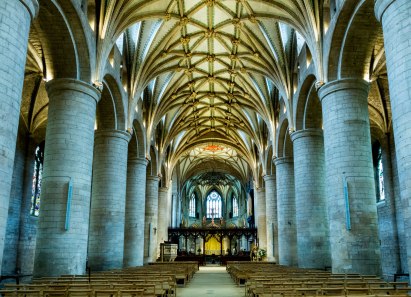 I know as much about the history of Tewksbury Abby, as I know about history, not a lot. That’s a job for the academics and local historians. My interest in it is as an object; containing objects. Although I am prepared to push the boundary’s a bit and include its Norman architecture with its Romanesque crossing tower. Its nostalgia; I’ve had a thing about Romanesque architecture since college days. The massively thick walls, rounded arches and beefed up pillars just ooze longevity. The architects were making a clear and bold statement. It is something that once you see it, you look for it then recognise it elsewhere.

It’s interesting how this Abby survived the dissolution and was not raised to the ground like so many of the others. There is a local story that Henry VIII agreed with the towns folk that they could keep the building as a church if they compensated him for his lost revenue. Apparently, payment was a little slow forthcoming, so Henry started the demolition of the Abbey which promptly bought payment.

Eaten by Worm and Rats

I did explore the possibility that by the Act of Supremacy, passed by Parliament which made Henry VIII Supreme Head of the Church in England. So, by removing himself from Papal authority and becoming the head of the Church of England, he would have needed a maintain a church infrastructure. So, how could he have done this? Was there some collusion between the abbot and the King?

At the time of the reformation, Abbot Wakeman was not fired, as were some of his cohorts, in fact he continued on to develop a very interesting career as the last Abbot of Tewkesbury and first Bishop of Gloucester.

Wakeman allegedly constructed a cadaver tomb cenotaph to himself in Tewkesbury Abbey, on the north-east side of the high altar, and also managed get himself buried in two other different paces.

Wakeman died in 1549 , so along with his tomb in Tweskbury the records show that he is also buried in Gloucester Cathedral and at Forthampton Court, in a small village about three miles from Tewksbury. You can’t keep a good man down.

His cadaver tomb is a fascinating object. A cadaver tomb or transi (or memento mori tomb, Latin for “reminder of death”). This style of tomb has in my opinion a continental look and feel to it that possibly predates Wakeman by 100 years, although I do know of one 16th century cadaver tomb . Waksman’s is a life-size depiction of a rotting cadaver being eaten by rats, snake’s and other flesh-eating wildlife, with him still looking like he was soon after death.

I think of objects as having both a public and a private meaning. So, let’s see how it works with this object.

Public meaning. Some see this cadaver tomb as an object that is intended to be a didactic example of how transient earthly glory is, since it depicts what all people finally become. Most certainly it is a shocking display of transient mortality. 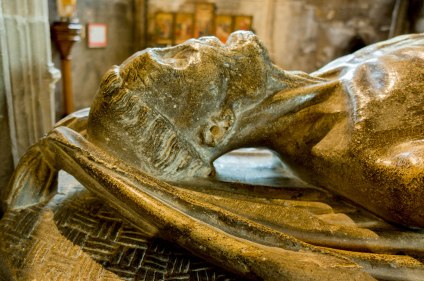 Private meaning. Wakeman seems to have flourished as a result of the reformation, while other had less fortunate and very foreshortened lives. How did a man, who spent a lifetime oozing morality?

He secured his own appointment by intrigue, obtaining the interest of Sir William Kingston and of Thomas Cromwell….
…. John Wiche, surrendered his monastery, receiving an annuity of four hundred marks. He then seems to have taken the name Wakeman, by which he was afterwards known .

So, is this tomb Walkman’s shocking display of transient mortality, or is this a display of Waksman’s aspirations of high-ranking nobility?

An object caused the death of the author.

The Robeson Cenotaph, Archdeacon Robeson was vicar from 1877-92 during the great Victorian restoration of the abbey. He too is in fact, buried in Bristol Cathedral. The most remarkable thing, about Robeson is he seems a most unremarkable man, apart from his Cenotaph. This really is a generous indulgence, an original no expense spared object that stand head and shoulders high with the tomb of a member of the monarchy.

I see it as on a par with some of the medieval knight’s tombs elsewhere in the Abby. Its bid bold and it’s extraordinary lifelike. They say that within every person there are three. How we see ourselves, how we think others see us, and how others see us. So, it seems odd to that a vicar would erect such a lavish display to project his own image in death that is inevitably lost when seeking to leave a legacy of his own life. Maybe mutually exclusive applied to the three states of mind, most certainly in my opinion is the outcome in the living world caused the death of this author. 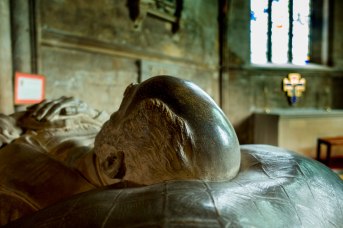 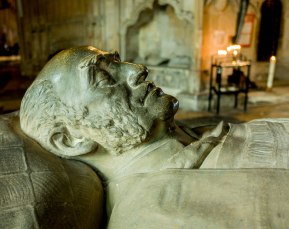 This is a piece of artwork that has evolved a new identity, as the casual visitor has added their special touch. Look how the visitors have stroked his bald head, and polished it to a high gloss. Is this really how Archdeacon Robeson expected to be remembered, or was his own self-identity for too removed from a worldly sense of reality.

Blown Away by the Farting Misericord.

On the south side of the Abby, near to the choir screen we can find the mischievous misericord number 17. It’s one of those rude carvings of a naked human figure with its bum exposed in a gesture of contempt. Scatological or vulgar humour is quite common on misericords. Either way, your own interpretation clearly defines who you are.

Is farting associated with the devil and the sulphurous stench of hell, or do farts keep the devil at bay?

“A force of some hundred of combined atmospheres produced by the vapours accumulated and long compressed in the interior of the earth, was hoisting us upwards with irresistible power. But to what countless dangers it exposed us! Soon lurid lights began to appear in the vertical gallery, which was growing wider; on both right and left …

Sounds familiar somehow, but there no systematic and encyclopaedic work on the medieval fart, maybe we are now, a bit up tight.

Historian – Photographer – Filmmaker Retired construction professional with a passion for public, social and industrial history. I believe in equality, dignity and integrity for all. Don’t like people who try to belittle the ambitions of others. I am of the opinion that my now life belongs to the whole community and as long as I live, it is my privilege to do for it whatever I can. I want to be thoroughly used up when I die, for the harder I work the more I live.
View all posts by morturn →
This entry was posted in local history, objects, photographs, public history and tagged #365daysofdogwalking. Bookmark the permalink.